The Evolution of the Duster Coat

The Evolution of the Duster Coat

“A duster, to me, is anything that you can wear open, as a light-weight layer or a jacket, falling mid-thigh to full length.

The original dusters were born in the late 18th century and were made of beige canvas.

People wore them on horseback to protect their clothes from trail dust. Dusters intended for riding had oftentimes a buttonable rear slit and leg straps to hold the flaps in place.

In the late 1800s, people started to wear canvas and linen dusters when riding open motorcars, still to protect from dust. For better protection, dusters were made from oilcloth and later from waxed cotton.

While the early dusters were utilitarian, those of the 1920s were highly decorative. Intricate embroidery, lush fabrics like velvet, fringe and beaded detailing are notable. They were full length and open, very similar to the car duster coat, but ostentatious rather than practical.

In the 1950s ‘duster’ often referred to the matching light-weight, open, and color-coordinated jackets women wore with their dresses. In the 1970s we start seeing more of the wrap style of duster jacket, leather, and a resurgence of velvet. 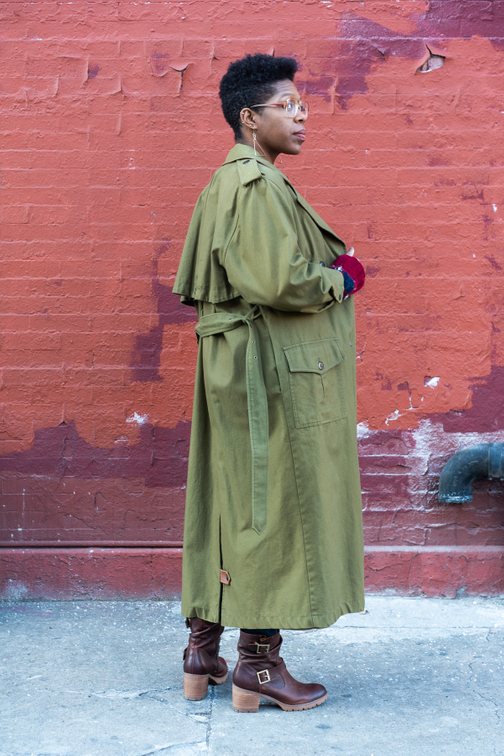 This 1980s coat by Together! is pretty close to the original duster because it has the back slit with the button over it. It also has the flap at the back. It is similar to a trench coat but is not double-breasted like the original trenches.

Today, the word and style are so popular that ‘duster’ seems to refer to any number of styles – a bathrobe or kimono cut, a shirtdress worn open, a non-double breasted trench coat, even open maxi cardigan sweater. 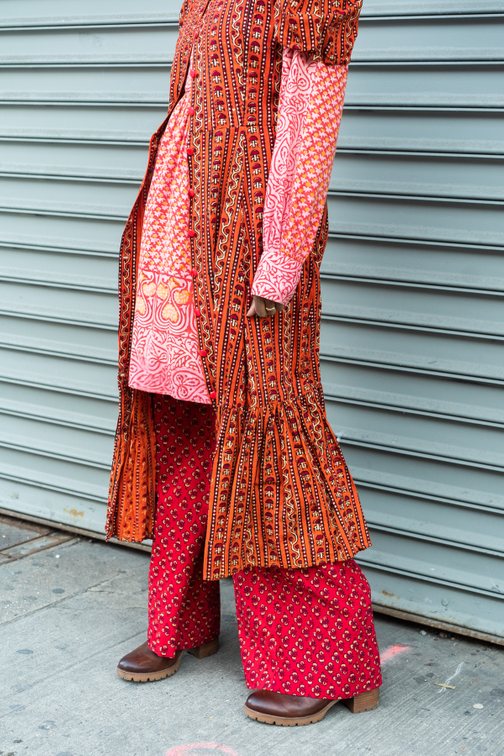 I love the versatility of the duster. I can be working in jeans and a t-shirt, lose track of time, and still feel ready to go out by throwing on an interesting duster jacket overtop! Conversely, I also feel more comfortable if I’m wearing a bodycon dress or short skirt, I will throw on a duster to tone down the look.

When shopping for dusters, you can also look for shirt dresses, just make sure they have buttons all the way down so you can open them to wear as a duster. 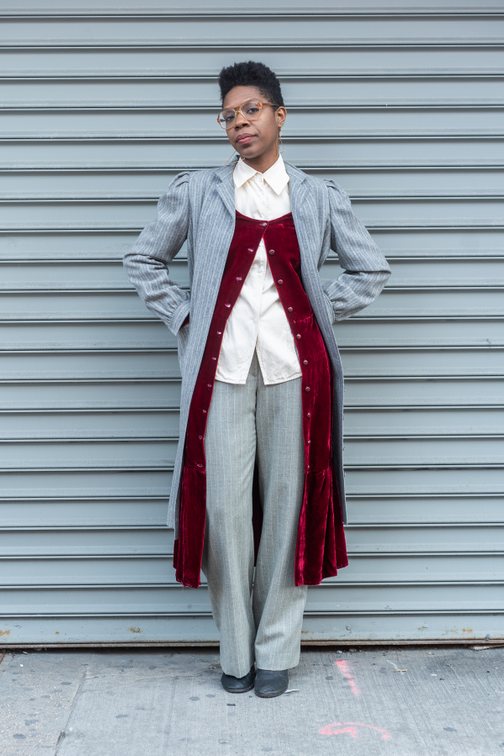 Once you close the buttons, you lose the look of the duster.

The openness is integral to the look. This 70s light-weight, hand-made wool jacket has such small buttons they are just decorative. I think the classic 1970s duster is velvet, like the one we have underneath the gray blazer.

India Imports of Rhode Island imported Indian textiles, mostly hand block printed cottons, from India to the US in the 1970s. These classic cotton shirt-dresses were hanging in the same place in the original store in Woodstock for over 40 years, which was boarded up. As such they have some sun fading streaks on the shoulders where the light was coming through the cracks! They were dip-dyed and the extra fading adds to the effect.

I think a duster can be made of any material but my favorites are full length linen.

The magic of wearing a duster is in the movement, the flow of wind and shapes throughout the material. Linen holds this volume the best while also providing some protection. 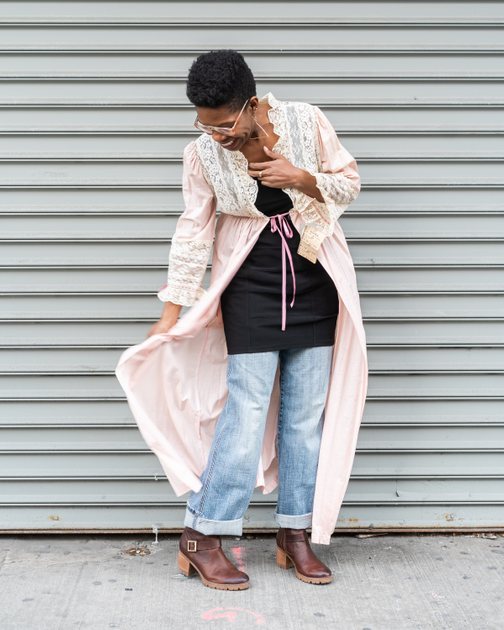 This is probably the biggest stretch from the original duster: A cotton and lace lingerie robe by Miss Dior from 1968 with the original tags from Lord & Taylor department store. It has a classic 1970s empire cut, and it is an example of the robe as a duster. 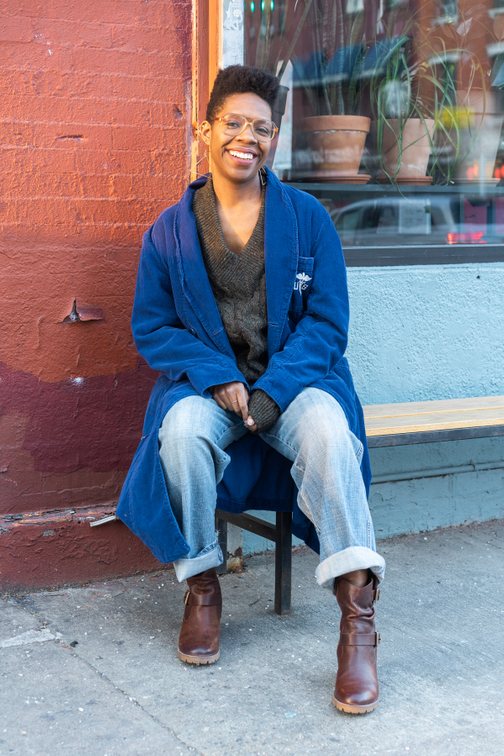 Most people recognize this look from the movie Forrest Gump in which Forrest is wearing the same garment and playing ping pong. This 'duster' was originally a bathrobe issued at army hospitals, and it is dated May 12, 1953, on the tag inside the pocket.

The lab coat is another fun way to experiment wearing a duster-like piece.

You can often find one at Goodwill in the scrubs section for very cheap. Then you can customize to fit your style with dyeing or embroidery. The 80s linen duster in the lavender color is actually a dress shirt. But I think it is more fun open and worn as a layer because of its boxy shape. The green mini dress is a Toni Todd from the early 1960s. It comes with its own matching lace duster!”