Stephen Burrows – a Key Figure in the 70s American Fashion

Stephen Burrows is often regarded as the first internationally successful African-American designer. He was one of the US designers taking Paris by storm at the Battle of Versailles.
Liisa Jokinen · Jun 9, 2020Photos: Laura Okita for Manhattan Vintage Clothing Show
fashion history

Stephen Burrows – a Key Figure in the 70s American Fashion

Stephen Burrows is often regarded as the first internationally successful African-American designer. He was one of the US designers taking Paris by storm at the Battle of Versailles.
Liisa Jokinen · Jun 9, 2020Photos: Laura Okita for Manhattan Vintage Clothing Show

On November 28 in 1973, the French fashion elite gathered at the Palais de Versailles outside of Paris. The infamous Battle of Versailles pitted American fashion designers against the French ones. The youngest of American participants was Stephen Burrows, then 30 years old. The Americans stole the show: Halston, Bill Blass, Oscar de la Renta, and Anne Klein who brought along her assistant Donna Karan.

But it was the finale by Burrows that really stunned the audience. “The crowd had never seen so many black girls in a fashion show . . . and the drama of Pat Cleveland modeling! The whole room—all of Paris society—stood up, they were just taken over by this energy of African Americans”, has fashion journalist André Leon Tally described. 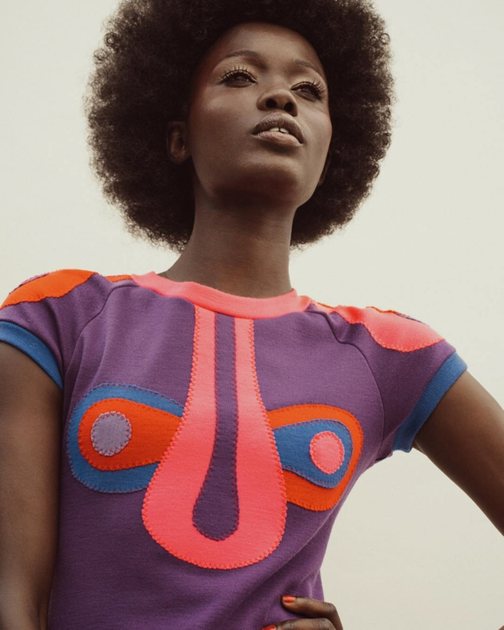 Growing up in Newark, New Jersey, Burrows was fascinated with his grandmother’s zigzag sewing machine and learned to sew early. He made his first garment for a friend’s doll when he was eight years old.

As a high school student, Burrows took dance lessons, loved the mambo, and began sketching dresses he wanted for his partners. However, when he graduated from Newark’s Arts High School, he first enrolled at the Philadelphia Museum College of Art, intending to be an art teacher.

Inspired by dress forms he came across during a tour of the college, he soon transferred to New York City’s Fashion Institute of Technology but found it frustrating – FIT professors taught a set of basic draping rules that Burrows had no patience with. Already then he had established his spontaneous style of cutting at all angles, stretching edges off grain, and draping as he went. Nonetheless, he graduated in 1966. 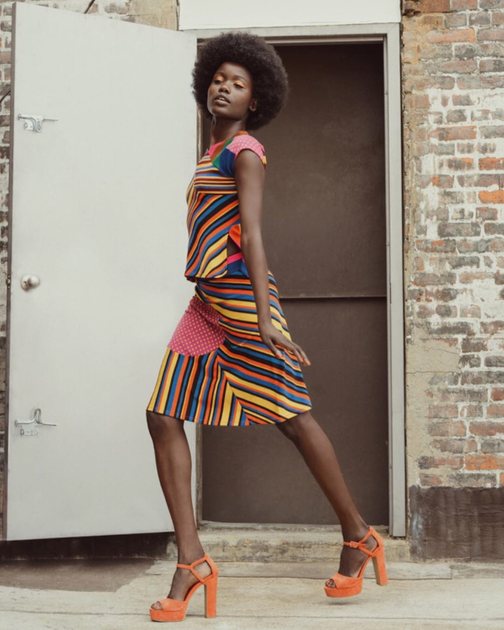 Burrows’ fashion career started with a job at blouse manufacturer Weber Originals. He freelanced for two years and began selling his clothes at O, a gallery-boutique on Park Avenue. In 1968 the legendary store owner Geraldine Stutz gave him a boutique space in the famous Henri Bendel department store in New York. This catapulted Burrows into the limelight.

His color-blocked, fluid, sexy separates typified the confident woman of the 1970s. His signature items were color-block dresses and contrast-stitched pieces.

“Burrows was the quintessential fashion expression of the 1970s in a disestablishment sensibility, young nonchalance, and unfailing insistence on looking beautiful", writes Richard Martin. 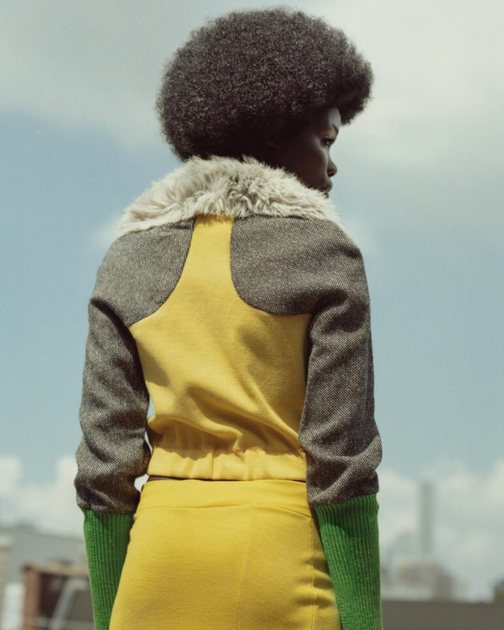 The New York Times columnist Ginia Bellafante has described his clothes as capturing the wild disco days of the early 70s. “Fashion history has ascribed to Halston the look of the disco years, but Mr. Burrows’s clothes caught the messiness of that time more instinctively. Unlike Halston’s, his lines were never quite as clean or refined. He worked in matte jersey and cut chiffons with uneven hemlines. His colors were bright to the point of assault. The necklines on his sequin halters billowed and sloped. His signature was lettucing, a technique that made a hem or the edges of a wrap dress, say, look like the crinkled tops of a carnation.”

At the end of 1973, Burrows left Bendel’s to expand his business. The new venture did not work out as he planned and in 1977 he returned to Bendel’s until the store was sold in 1981. After that, his career never took off the same way as in the early 70s. 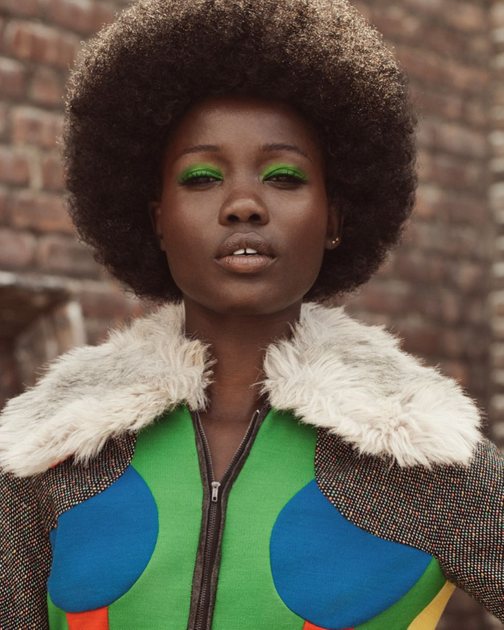 Burrows was the first African-American designer to receive the American Fashion Critics Winnie Award in 1973. His work has been the subject of several retrospectives, documentaries, and books.

Many fashion icons of the 70s loved to wear Burrows: Barbra Streisand, Cher, the Supremes, Bette Midler, and Jerry Hall. In 1978 Farrah Fawcett wore his gold chainmail dress to the Academy Awards where she was a presenter. In the 2010s, First Lady Michelle Obama was his supporter.

Considering how short Burrows’s top career was (he has designed on and off to this day), his influence is even more profound. Norma Kamali and Marc Jacobs are just some examples of fashion designers who would not be the same without Burrows.