Modern shoulder pads originated in the 30's, then had a major comeback in the 80's (never forget), and are back in fashion again. But why?
Oleg Mindiak & Liisa Jokinen · Sep 17, 2019Cover photo: LIN Vintage Studio
fashion history

Modern shoulder pads originated in the 30's, then had a major comeback in the 80's (never forget), and are back in fashion again. But why?
Oleg Mindiak & Liisa Jokinen · Sep 17, 2019Cover photo: LIN Vintage Studio

The first modern shoulder pads in women’s fashion were seen in the 1930s. Times were rapidly changing and something new in fashion was needed. Padded shoulders appeared.

Italian fashion designer Elsa Schiaparelli designed bold clothing that daring women loved but conventional women were reluctant to try. She was the first one to experiment with shoulder pads in the 1930s, putting them in suits, coats, and even dresses. Schiaparelli was extremely experimental because the surrealist movement influenced her. Her designs made her customers feel courage and confidence, demanding attention whenever they entered a room. 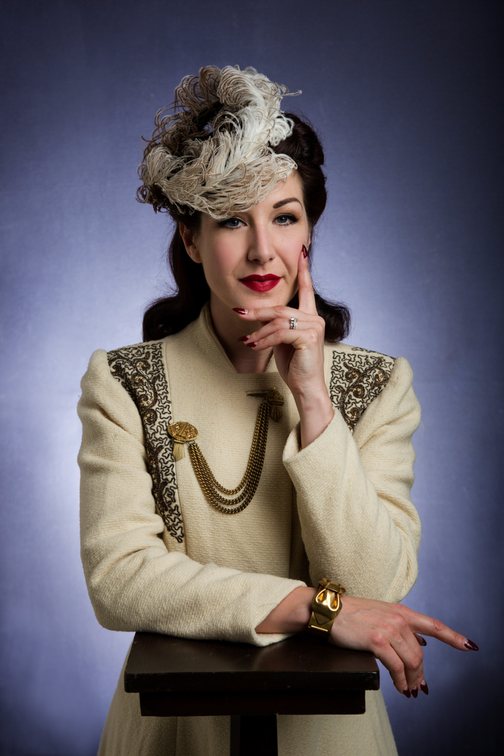 In America, the chief costume designer at Metro-Goldwyn-Mayer Studios, Adrian Adolph Greenburg implemented shoulder detailing when designing costumes for MGM throughout the 1930s. Joan Crawford, a big star at MGM, was self-conscious about her big shoulders so Adrian tried different ways to hide the “problem area”. A great example of this was in “Letty Lynton” (1932).

Adrian kept using similar tricks when designing Joan’s wardrobe and eventually started padding the shoulders of her dresses and jackets to exaggerate, rather than hide her shoulders. Adrian left MGM in 1941 to start his own line, which, of course, prominently showcased padded jackets and dresses. 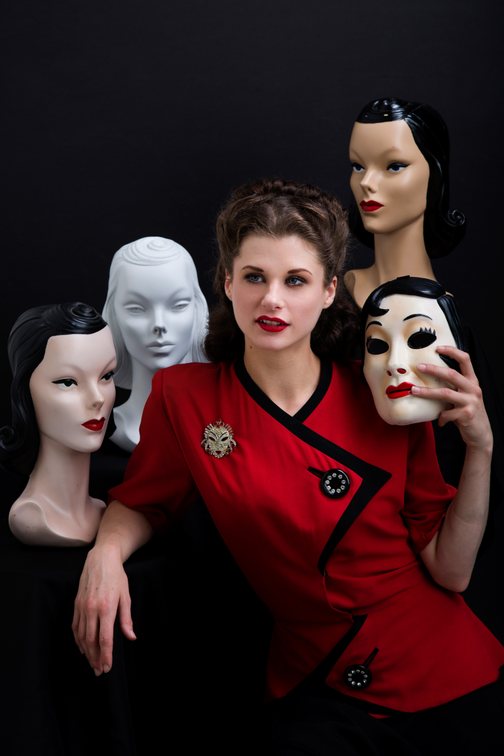 In 1930s America, it was still uncommon to see women in the workplace, but because of the Great Depression, some women had to find jobs to help care for their families. Women wanted to be seen as strong and independent by their male counterparts. The strong shoulder that a few designers started using really captured the way women wanted, and in some ways needed, to dress.

This trend continued in the 40s but instead of economic depression, there was a steady increase in the economy because of WWII. Now, women had to replace men in the workplace. Clothing usually becomes more excessive and daring with growth in the economy and shoulder pads definitely had an audacious feel to them. 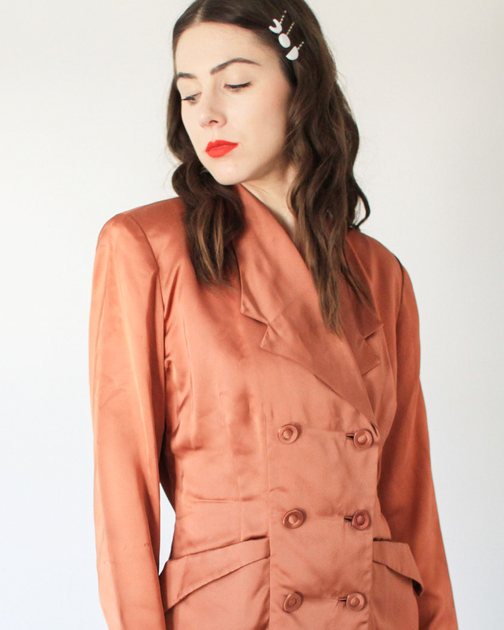 In Europe, the padded trend took longer to catch on, even with Schiaparelli’s influence. When France and Britain declared war on Germany in 1939, the Parisian Couture houses delayed their showings of their winter collections to modify them to fit with the new political climate. The new look was heavily influenced by military silhouettes. Shoulder pads, of course, were a common theme.

After the war, the French fashion houses were scrambling, trying to restart their businesses. One designer, Christian Dior, started working on a revolutionary collection that completely changed how women would dress post-WWII. Dior’s “New Look” debuted in 1947. Gone were the militant silhouettes with shoulder pads. Instead, ultra-feminine lines were implemented. 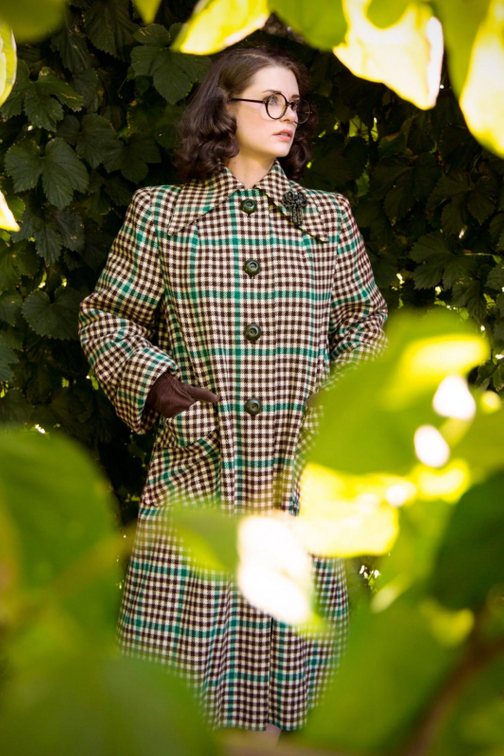 However, other designers watched closely as they knew this YSL collection was determined what was to come in fashion. Designers throughout the 1970s started using the 1940s as inspiration in their designs and shoulder pads reappeared again. 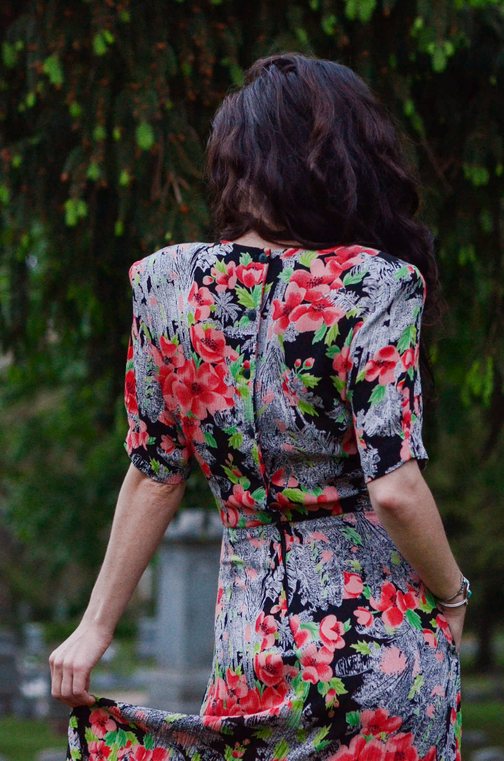 By 1980, women were working the same jobs as men. A decade before, shoulder pads were laughed at, but now, they represented the power in the new working woman. With a growth in the economy, these businesswomen could afford expensive designer suits.

Designers like Giorgio Armani designed women’s clothing with a masculine twist. Women and designers knew shoulder pads would give these clothes and the women who wore them the strength, demanding attention that would be useful in board meetings and PTA meetings alike. Thanks to tv shows like Dynasty, women everywhere wanted the overly glamorous look, whether at work, a dinner party, or even at the supermarket. Costume designer Nolan Miller put his leading actresses in crazy ensembles with exaggerated shoulders to emphasize the power these women held, but also, to give the viewer something to drool over.

It seemed like by the time the 80s were coming to a close, shoulder pads were in every article of clothing. Shoulder pads began to bore the fashion elite, hungry for a new trend. The overkill of shoulder pads in 80s fashion made it so that they would not be seen in fashion for a long time. 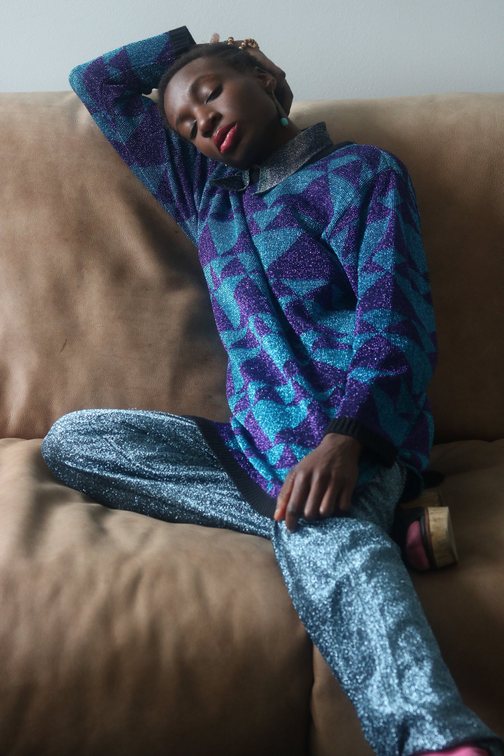 But why are shoulder pads suddenly trending again? The modern women’s rights issue might be one reason. Like in previous decades, women have turned to broad shoulders when they want to be seen as equals with men, strong and independent.

Designers like Balenciaga, Marc Jacobs, and Saint Laurent have started putting strong shoulders into their coats and jackets. Gemna Vasalia, the creative director of Balenciaga and the former head designer of Vetements, debuted the over-exaggerated shoulder for all genders and made it a big street style trend.

“While the trend may seem cringe-worthy as we look through photos from the past, you can’t deny that big shoulders create the illusion of armor for the modern woman, and what better time to embrace your strength than now?”, writes Dale Chong for Fashionista.

No there is not, especially now that fashion is quickly losing its gender restrictions. Shoulder pads are now for everyone to wear and enjoy.