Japanese designer Mitsuhiro Matsuda is an obsession of Collin Weber and Brandon Giordano, the owners of James Veloria vintage store. Now they tell us, why.
Liisa Jokinen · Mar 25, 2019
designer vintage

Japanese designer Mitsuhiro Matsuda is an obsession of Collin Weber and Brandon Giordano, the owners of James Veloria vintage store. Now they tell us, why.
Liisa Jokinen · Mar 25, 2019

“Something that makes Mitsuhiro Matsuda special is the fact that his own label was only produced for two decades, from the early 70s to the early 90s.

So you do not find a lot of Matsuda pieces anymore. When you do, it feels special.

Everything that Matsuda designed was unique and interesting. All details down to each individual button were thought-out. His clothes are so well made, you could wear them inside out.

Matsuda’s designs were a kind of understated version of New Romanticism. There is a bohemian vibe to them.

His clothes fit a number of people and bodies because they are often oversized, unisex and comfortable to wear. 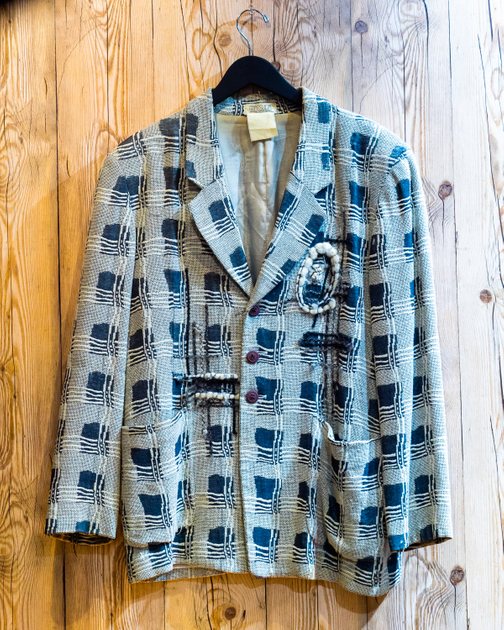 The only downside is that his clothes are difficult to take care of because of the delicate materials and the amount of intricate details. Dry clean only! 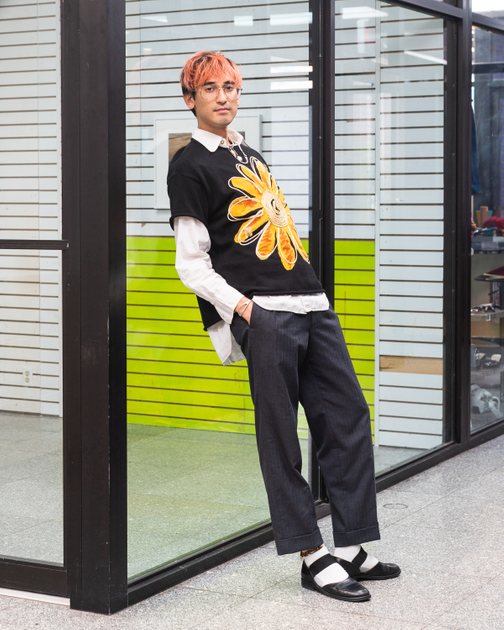 His fabrics remind us of Romeo Gigli’s; the taffetas, silks, and knitwear. He shares similarities with his contemporary Kenzo Takada, too. However, Kenzo is even more romantic and bohemian focusing more on patterns. We also see a bit of Matsuda in the early 80s Issey Miyake’s and Dries van Noten’s fabrics and embroidery. 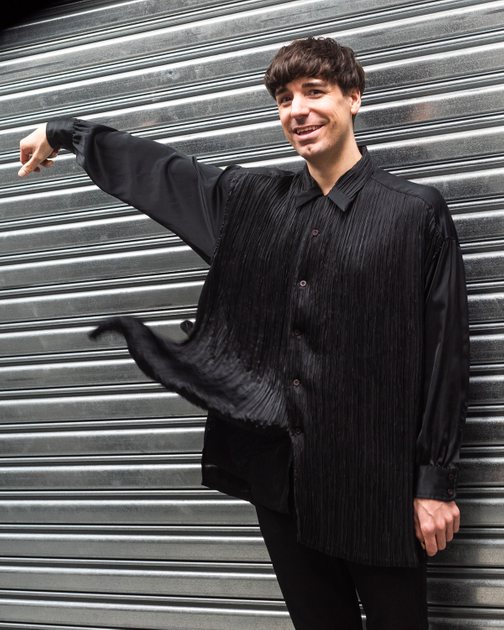 Although Matsuda traveled with Kenzo to Paris and showed his collections there, his base was Japan, where he launched his own company, Nicole Ltd. in 1971.

In 1974, Matsuda became one of the founders of TD6 (Tokyo Designer Six). The TD6 was concerned with establishing Tokyo as a center for fashion creativity and created Tokyo’s first official fashion week. In 1982, he opened a store in New York on Madison Avenue. After 1994, he stopped making clothing and concentrated on eyewear. 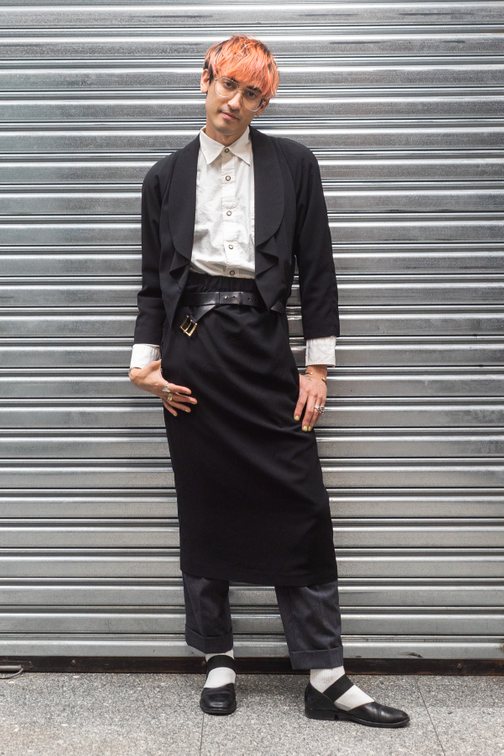 Brandon: “The first time I saw a sweater by Matsuda was at the Amarcord vintage store. I immediately became obsessed with him because I had never seen anything like that before. The sweater cost $300-400 and I saved up months to buy it.

When I returned to the store to finally buy it, a guy pulled it off the rack and bought it in front of me.

It was so sad! After that, I’ve seen other versions of the same sweater, but not quite the same one.” 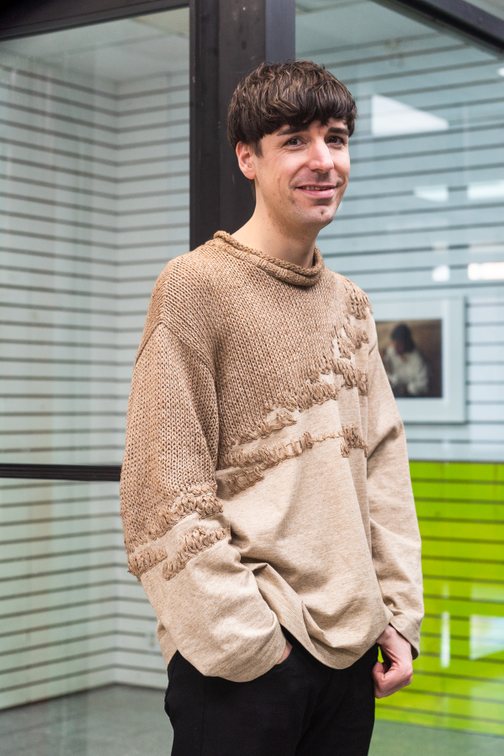 Collin: “When I found a pair of high-waisted, pin-striped Matsuda pants at a thrift store in San Francisco, I knew nothing about the brand. There was also a pair of leather pants with a similar cut that must have been by him as well. At the time I was thinking “I do not really wear leather pants so I will just get the regular ones”.

But after reading about Matsuda online, I went back to the store to get the leather pants. They were gone, of course. So whenever you see a Matsuda, get it.” 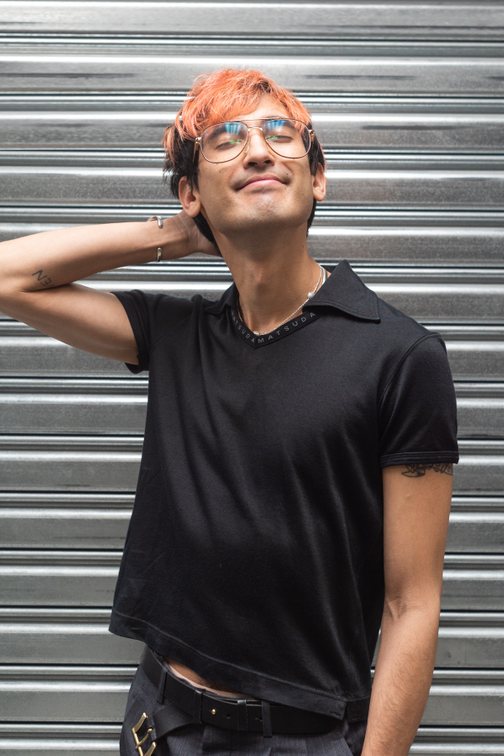 We usually have some Matsuda pieces on the shop floor, and we both have around 20 items in our personal collections.

We have found so many people through him. It is a fun little club!

He is still under the radar, although many contemporary designers are inspired by him.”