Sports teams have been wearing uniforms or jerseys while playing for a long time but it wasn’t until around the 70s that sports jerseys started gaining popularity among spectators and fans.

Nowadays vintage sports jerseys are coveted collectibles, vintage store staple items, and a huge business. The most expensive sports jersey ever traded was a New York Yankees jersey worn by Babe Ruth in 1928-30. It was sold for over $5.6 million at auction in New York in 2019.

“People buy vintage jerseys because it’s nostalgic. It reminds them of their childhood and that their favorite player wore these brands. When we were kids we wanted every jersey but either couldn’t afford them or your parents wouldn’t buy them for you. So now that you have your own money you can buy whatever you want”, explains Michael Spitz, the owner or NYC-based Mr. Throwback vintage store specializing in vintage sportswear.

The best-selling jersey at Mr. Throwback is naturally any New York Knicks shirt. “Michael Jordan has always reigned supreme in our store, too”, Spitz says.

Spitz's all-time favorite jersey is the 1990 New Jersey Nets Tie Dye Jersey. See the cover photo! But how did he get into vintage jerseys?

“My parents would always take me to Marshalls when I was a kid and they always sold jerseys for cheap ($19.99). When players got traded they sent the jerseys there. I remember getting a Sonics Shawn Kemp home white jersey and the green away shorts. When I came home from college in 2005, I found them and this actually started my jersey business.” 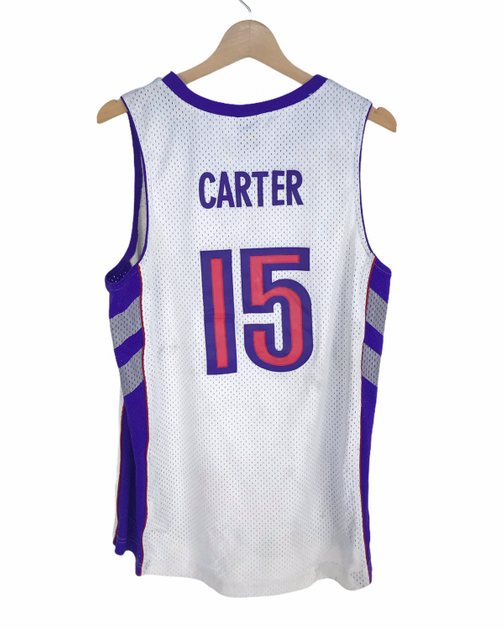 The basketball team Toronto Raptors was founded in 1995 as part of the NBA’s expansion into Canada. For years, they struggled to find any success on the field. But in 1998 Vince Carter came to change that. Soon the popularity of the Raptors rose and the arenas were full whenever he played. Carter quickly became a fan favorite, and earned the nickname “Air Canada". He has been named the greatest dunker of NBA numerous times. It can be said that Vince Carter brought basketball to Canada and he had a huge impact on the popularity of the game.

The first Raptors jersey was eye-catching and unusual with its shocking purple color and the cartoonish dinosaur logo.

“Make it the Happy Meal box of jerseys,” the team owner John Bitove Jr. told Tom O’Grady, the NBA’s creative director at the time. Bitove knew he’d have to sell a bad team in a market full of devoted hockey fans, so he wanted O’Grady to make the jersey as edgy and subversive as possible.

Bitove wanted to target kids and teenagers, especially. “Let the old white guys follow hockey, but we’re going to get the next generation”, he said.

The Raptors unveiled their new look on May 24, 1994, and immediately became one of the hottest-selling brands in the NBA. In the late 90s, the team dropped the dinosaur icon but kept the color purple until 2014. 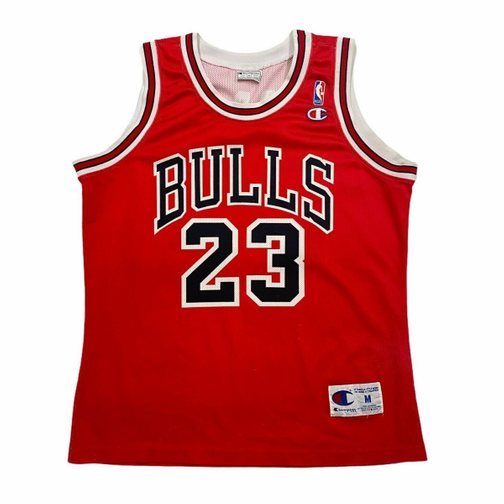 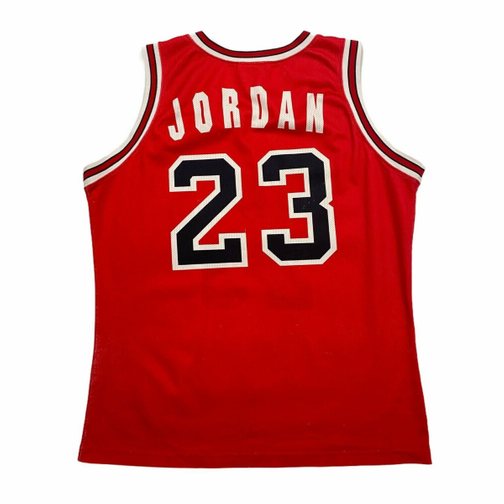 Some might say that Michael Jordan is the greatest basketball player of all time. He won the NBA championship three times (1991-93), retired, and won it three more times (1996-98).

His story is similar to Vince Carter’s: He joined the struggling Chicago Bulls but with time they started playing better and attracting more fans into the stands until people were going crazy over him. His signature Nike Air Jordan shoes were introduced 36 years ago and new iterations and colorways are still dropped multiple times a year.

The Chicago Bulls uniform has changed minimally over the years: the signature color, red, has stayed with the team since the 60s. In the 90s, the team introduced pinstripe jerseys. 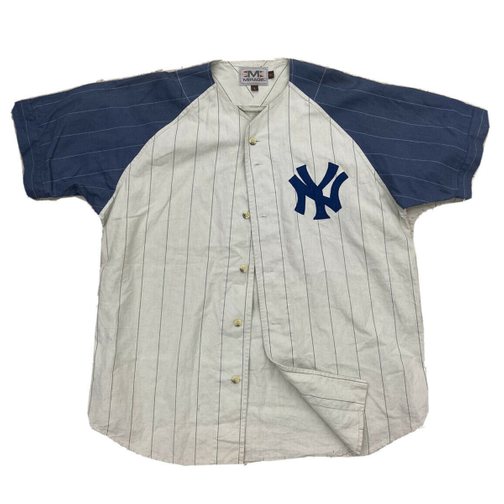 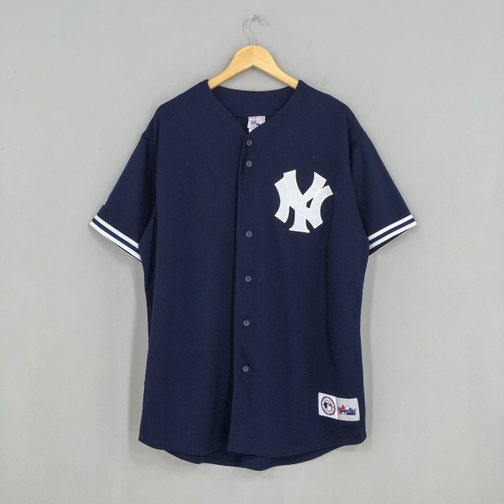 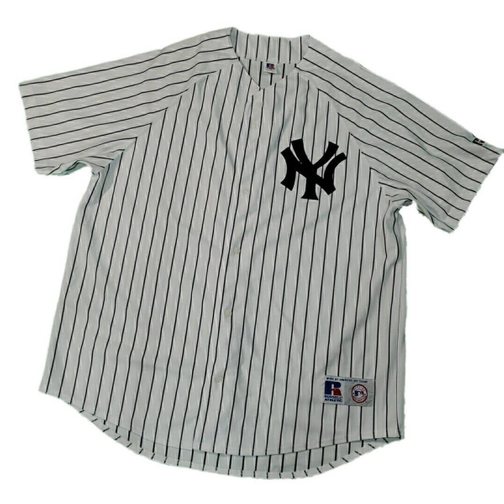 The baseball team from New York has been playing under the present name since 1913. The team has seen so many unbelievable players that it doesn’t even make sense to list them all.

The Yankees have barely updated their classic home uniform since the team began in the early 1900s. The pinstripes, blue and white color, and the classic interlocking NY logo will probably stay for years to come. The team is also famous for its strict and conservative dress code – tattoos, beards, and dreadlocks are strictly forbidden. 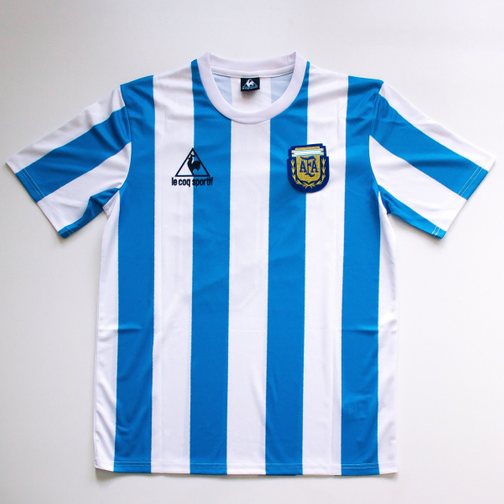 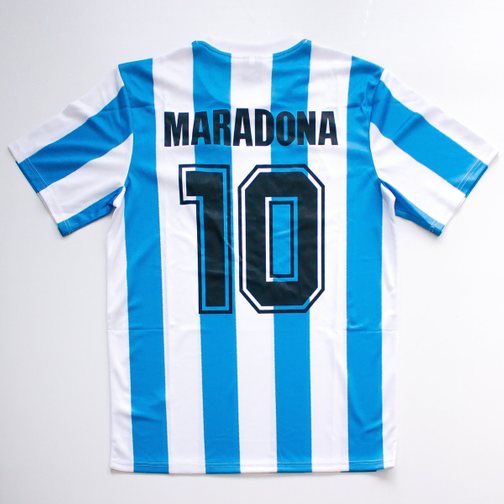 One can say that Diego Maradona was the greatest soccer player of all time. He might be best known for his performance against England in the 1986 FIFA World Cup in Mexico City. Argentina won 2-1. His first goal is known as “The Hand of God”, a goal he scored with his hand which the referee didn’t see. His second goal is known as “The Goal of the Century” in which he dribbled past six of the England players and scored the winning goal.

The Argentinian 1986 World Cup jerseys were also pretty memorable: it has been told that the team manager Carlos Bilardo asked the team kit supplier Le Coq Sportif for a lighter blue shirt for the quarter-final in three days against England but that was way too late. A member of the coaching staff scoured the shops of Mexico City and managed to find 38 plain shirts. They were transformed with an improvised version of the AFA emblem embroidered onto the shirts and silvery American football numbers ironed to the backs.

The colors of the Argentinian soccer team have been light blue and white since the early 1900s. 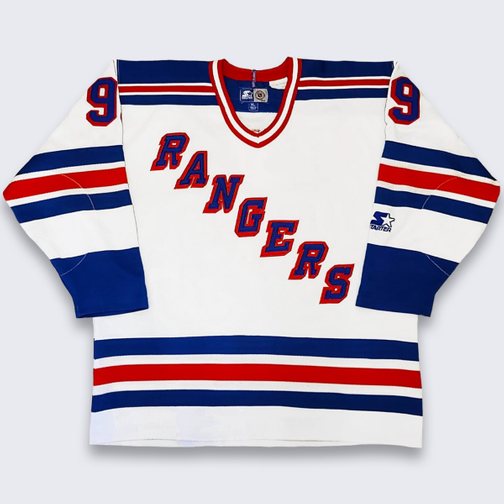 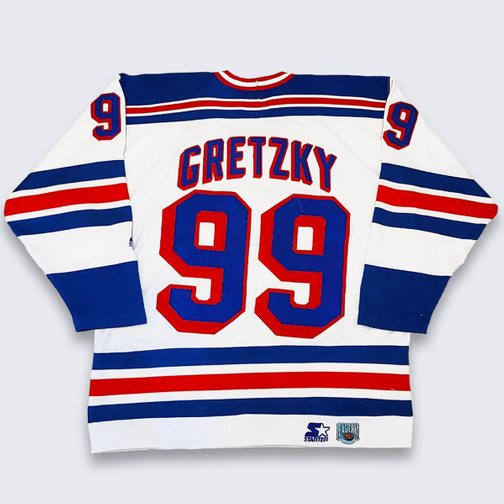 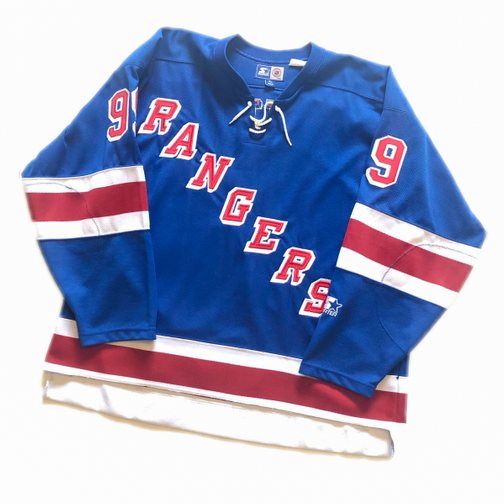 The Canadian hockey player Wayne Gretzky holds the record for most points recorded in NHL history by almost 1000 points. He also has won numerous awards and championships. He wasn’t the biggest or the strongest player but he was extremely skillful and intelligent. He had a big influence on the game of hockey, but he also made appearances on many talk shows, TV series, and even on a cereal box.

The New York Rangers were born 1926. They joined the New York Americans as the second team at Madison Square Garden in New York City. The first owner George “Tex” Rickard wanted the Rangers to stand apart from their cross arena rivals. The Americans uniform imitated the US flag with its colors and stars and stripes pattern, with their name stitched horizontally. To make the Rangers stand out, Rickard gave them a primarily blue jersey with white and red accents with the team named stitched diagonally across the front. The uniform has stayed pretty much the same over the years.