East Coast Connection – The NYC T-Shirt Show of The Year

East Coast Connection – The NYC T-Shirt Show of The Year

On October 3rd, over 700 t-shirt vendors and collectors bought, sold, and traded vintage t-shirts at the Metropolitan Pavilion in NYC.
Liisa Jokinen · Oct 19, 2021

During the past two years, t-shirt events and fairs have popped up everywhere. There is Thriftcon, DFW Vintage Swap Meet, Brrrrtual Flea, The Deadstock Depot, to list a few.

“Josh Martinez of Future Past NYC and Peter Mauceri of Fresh Kills Vintage came to me and said we should do a show in our basement. We arranged two events there and one in Staten Island, and now expanded into a bigger venue.” 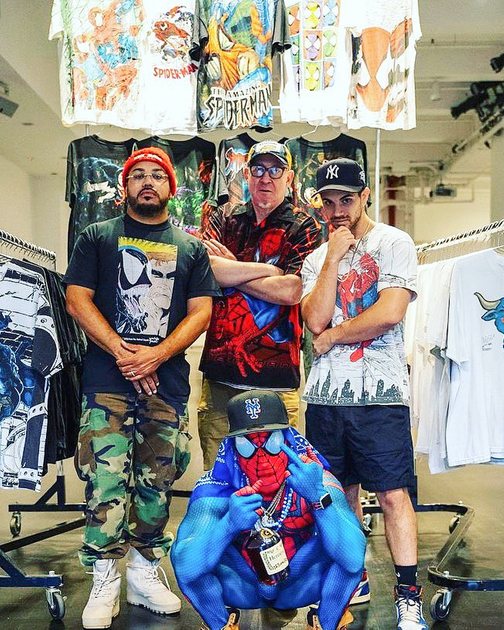 Josh Martinez of Future Past NYC, Richard Colligan, Peter Mauceri of Fresh Kills, and New York superhero Spider Cuz who made appearances at the show. 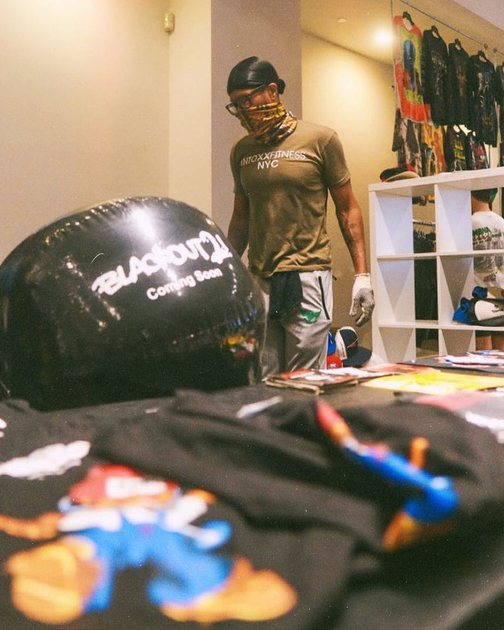 Another highlight: rapper Redman selling his collection at the show. 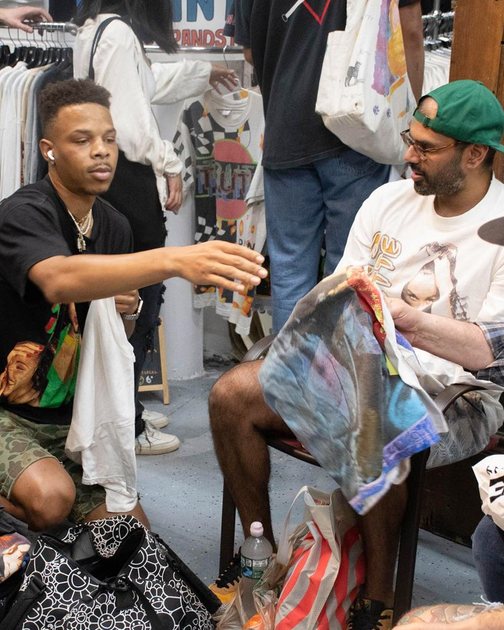 The East Coast Connection Vol 4 brought in some 30 vendors and 700 shoppers, Colligan estimates.

“There is a need for these kinds of events. Vendors who sell 90s vintage and t-shirts don’t always fit in with older events so they need new places to sell. And people want to come together. It is a big friendship, like a club”, Colligan says.

Colligan has been selling vintage since the 80s and has seen how army surplus and vintage denim became huge. Now it’s time for the 90s vintage and t-shirts.

“There is a lot of emotional attachment to tees. It is great to see a new vintage area developing with its own terminology and language.”

We stopped some shoppers outside the show and asked what they scored. 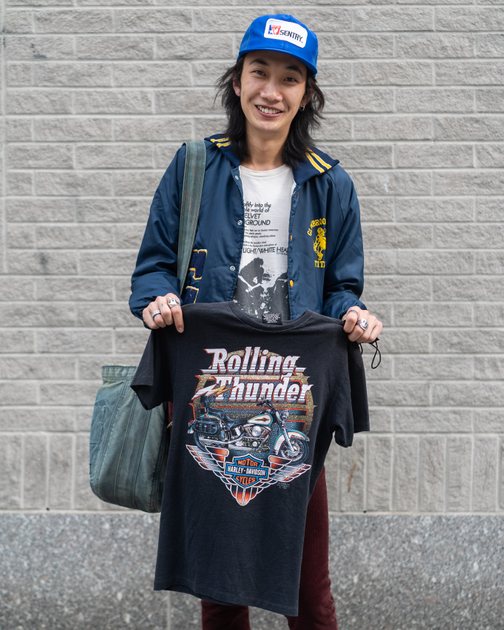 “I love vintage clothes: it is more unique, and it is better for the environment. It is fun. I bought five tees; four for myself and one for my girlfriend, and spent $120-130 altogether. This 80s Harley Davidson shirt has really cool graphics, it is single stitch, and obviously, it is old which makes it pricier if I am ever going to resell it.” 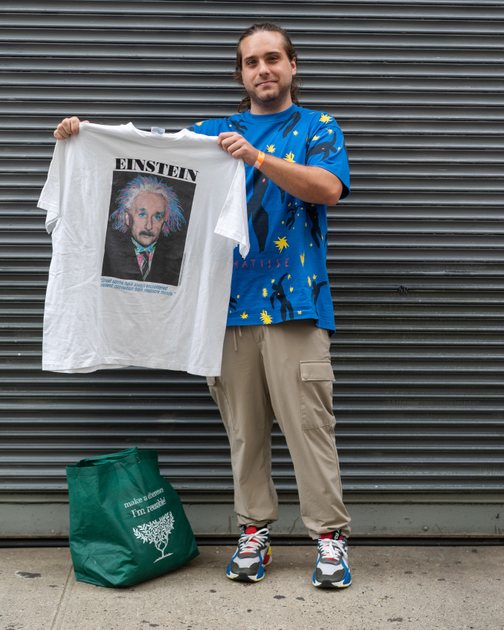 “I buy, sell, and trade vintage. I bought 4 and traded 2 shirts at the event. This one caught my eye because I enjoy t-shirts that have photography. It is a really beautiful shirt and also has an artistic twist to it. The quote on the bottom says ’Great spirits have always encountered violent opposition from mediocre minds’. A t-shirt can spark a memory, there is a lot of nostalgia to them. And being able to offer that to someone on a t-shirt is pretty cool.” 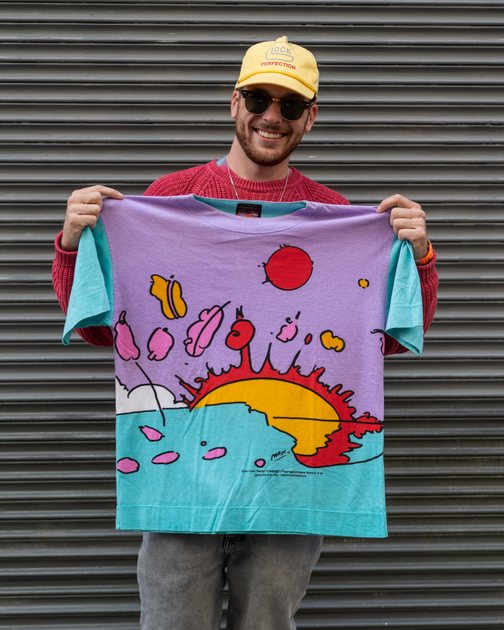 ”This is my 7th Peter Max shirt. T-shirts bring out memories in people who haven’t seen those shirts in a long time. They are good conversation starters. I have some 300 pieces collection. How was East Coast Connection? Good people, good clothes, a nice trip to NYC.” 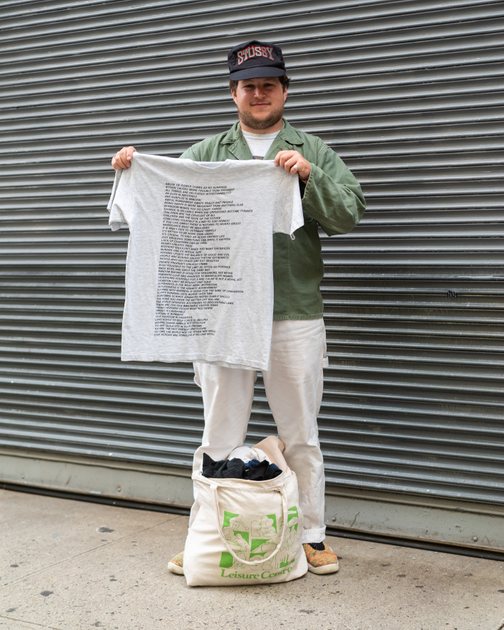 “I bought about a dozen t-shirts at the East Coast Connection. I looked through most racks and vendors, just looking for things that speak to me. I bought this shirt because I think Jenny Holzer is an interesting and impactful artist. She worked a lot with text instead of imagery and yet she is perceived more as an artist than a poet. This piece was shown at Chicago Contemporary Museum of Art in 1990.“ 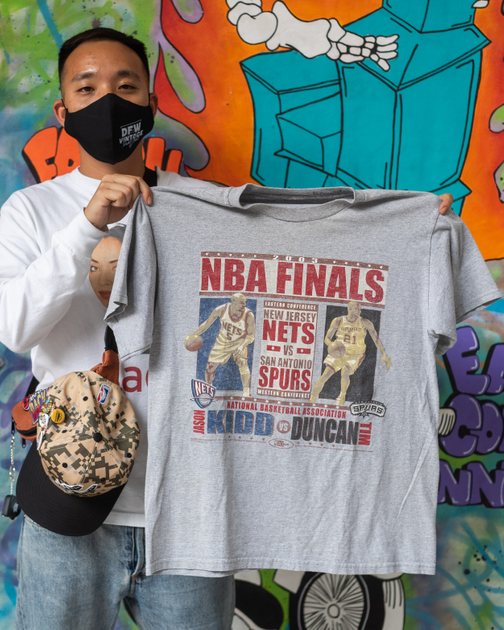 “This is a 2003 NBA finals promo tee – The Spurs second championship I believe and The Nets back-to-back finals loss. The tee highlights Jason Kidd (point guards for the New Jersey nets) and Tim Duncan (power forward for the San Antonio Spurs). I love basketball, Jason Kidd specifically. I started watching basketball consciously around 2002-2003 so I try to collect NBA shirts that I watched when I was younger.” “Today I bought a 1991 7 Seconds tour t-shirt. It is a single stitch with a back print and for their North American tour. It is a beautiful tee! I worked at Value Village and at a vintage store called Red Light Vintage in Seattle, moved to Los Angeles and started selling full-time four years ago.” 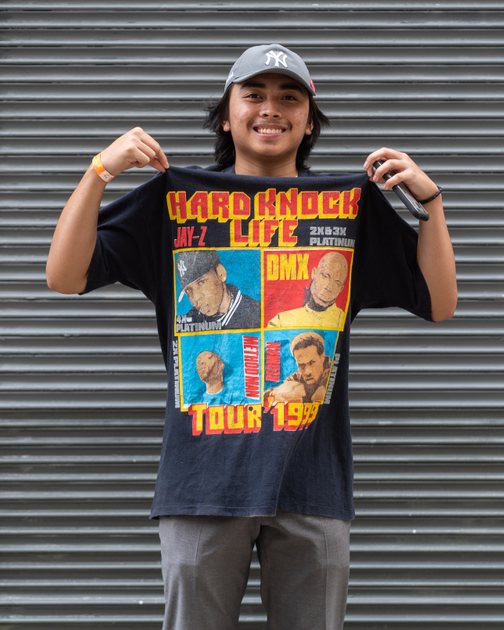 “I traded this t-shirt from The Vintage Wiz. It is from 1999 and I listen to all these artists: Jay Z, DMX, Method Man, and Redman – and he was selling right there at the ECC.”