“In 2011, I stumbled upon a couple of 80s tour tees at Goodwill in my hometown Austin. I was blown away by the graphics and how thin the tees were; I fell in love. Since then I have been on the hunt for any nice thin band tees. I have over 200 vintage t-shirts now.

I wear all my shirts and hang them on the wall because I just enjoy looking at them. They’re pieces of art.

Knowing something is not overpriced comes from knowing the market value of something. You can always head online to compare prices and see what’s a good deal or not.

I live five minutes away from the Goodwill Outlet where you pay by the pound. You have to be consistent and go many times a week for several hours at a time to find good stuff there.

Surprisingly, there have been fake tees going around lately. The fakes have new-looking ink on them and a limited color palette. Check the tag: Most vintage tees are made in the USA. Reproductions usually have a so-called double tag and double stitching around the neck. A real vintage shirt has the wear in it along the stitching.

I’ve received fakes in the past – it’s just a learning experience. A helpful website is Defunkd, it is loaded with info about vintage t-shirts. 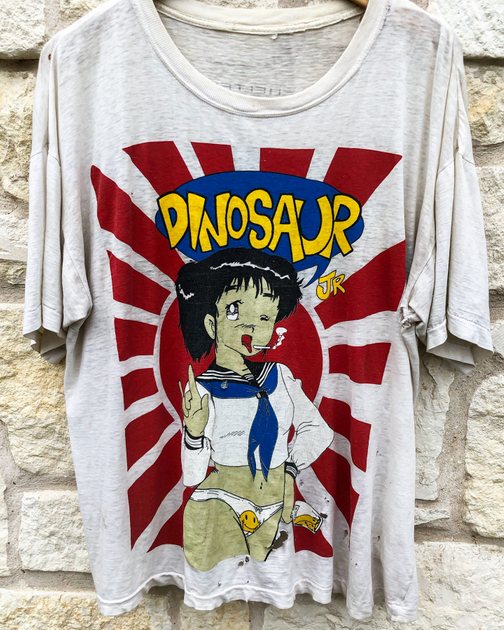 My collecting never ends so I’m always actively hunting for some t-shirts whether it’s a band I enjoy or something referencing pop culture. There’s too many t-shirts out there!

I sell t-shirts through Depop (@headhigh) but I mostly hold on to the really hard to find ones. 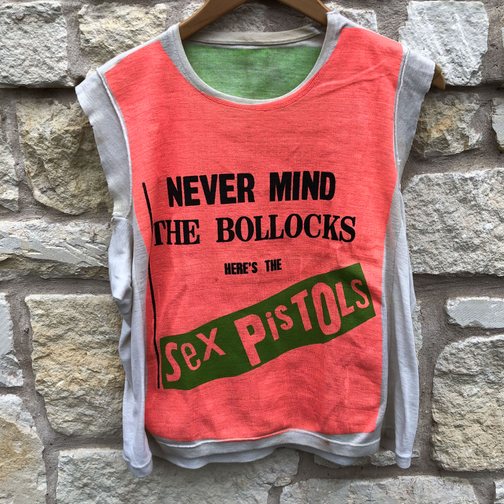 When I graduated from high school 2011 I started going to Goodwill thrift stores here in Austin. First I picked 90s sportswear like teeshirts and snapbacks. I realized Supreme was just referencing a lot of older pieces in their graphics and designs.

I thought I could as well wear the original and thrift it.

My current style is inspired by 80s and 70s musicians, the CBGB scene in New York. Lately, my style has been mixed, as if I threw gender roles out the window and decided to glam it up while wearing darker shades. 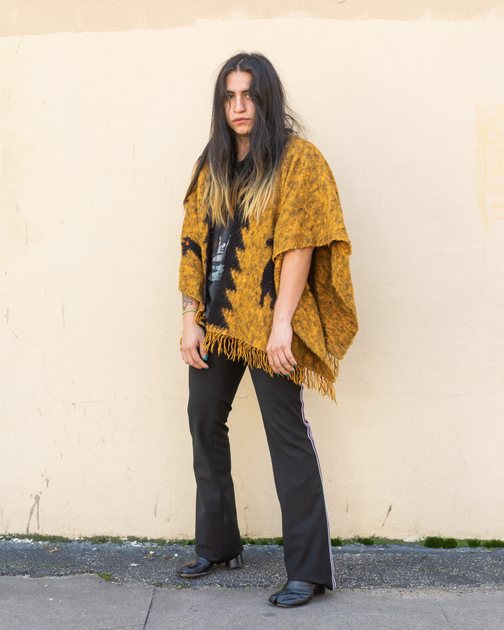 Working at Monkies Vintage & Thrift in Austin has helped me to see and try on different types of clothes. I can change my outfit in the middle of the day – there are just so many vintage clothes out there not to change! I try to push my style as far as I can; blend styles and gender norms.

At the root of it all, I just like collecting stuff. Not only clothes but vintage toys too.”